Remember there’s no such thing
as a small act of kindness.
Every act creates a ripple
with no logical end.

You can talk endlessly about people caring.

We care for our parents, children, close friends.

We especially care about questions relating to how much we get paid, how the business is going, what’s next for my career.

However, there are people who care about more than just themselves, who show care from the depths of their heart, who somehow have this bug for caring, which they spread like an infection to others.

On 15th February, Salem Social Village organised a party at the Regional Children’s Hospital for children with cancer. There are currently around 30 kids in the hospital who are currently being treated for various types of cancer – and the way things work here, they aren’t allowed home between treatments; the ward literally becomes their world. The goal of the party was to draw attention to the problem of children who suffer in this way, and of course to give them a great time. 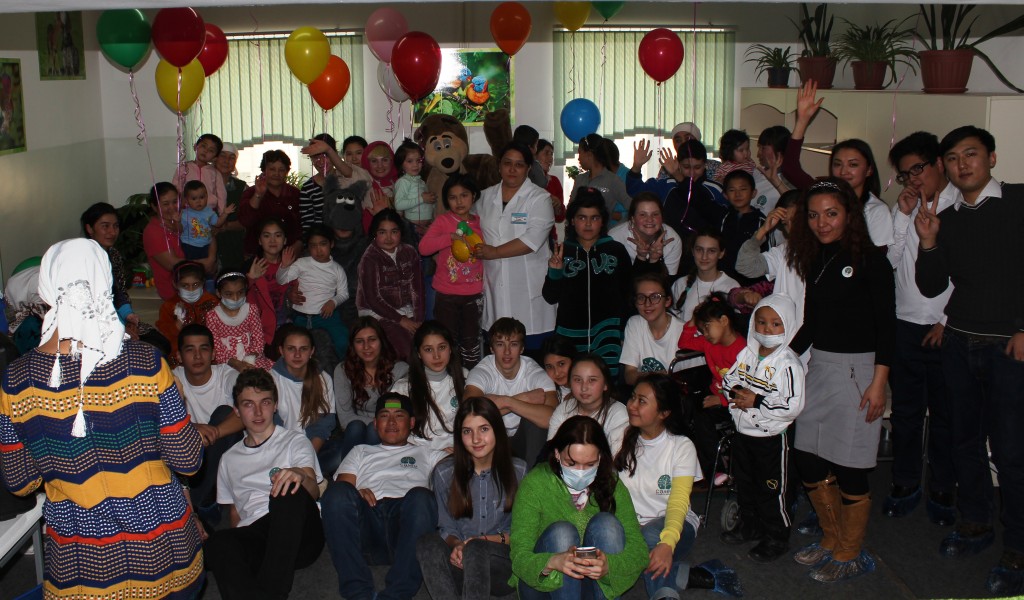 More than 50 people took part in this free party, most of which was organised by the volunteers at Salem themselves who sent out information in advance, fund-raised, and generally got it all planned and ready. They responded to the opportunity with energy and application, making this a wonderful and unforgettable day for the children, and for the city as a whole.

The event’s sponsors, who also decided to care, were people with generous hearts! A great atmosphere was created by a huge bunch of large balloons provided by Air Mood, a local party shop. 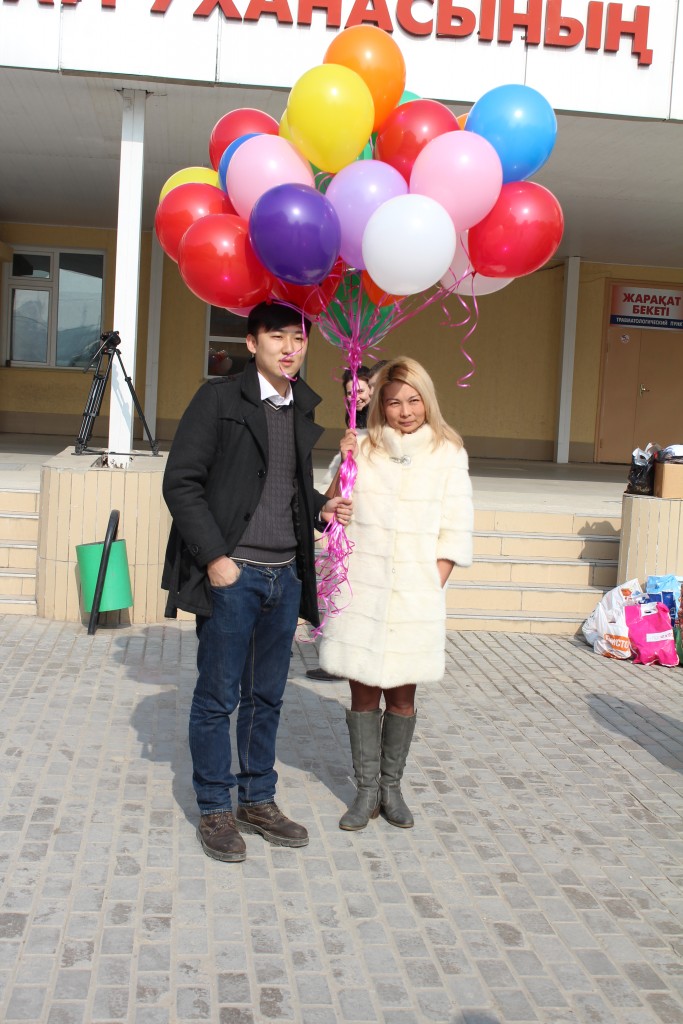 Actors from the theatre company Happy Ones came to provide the entertainment. 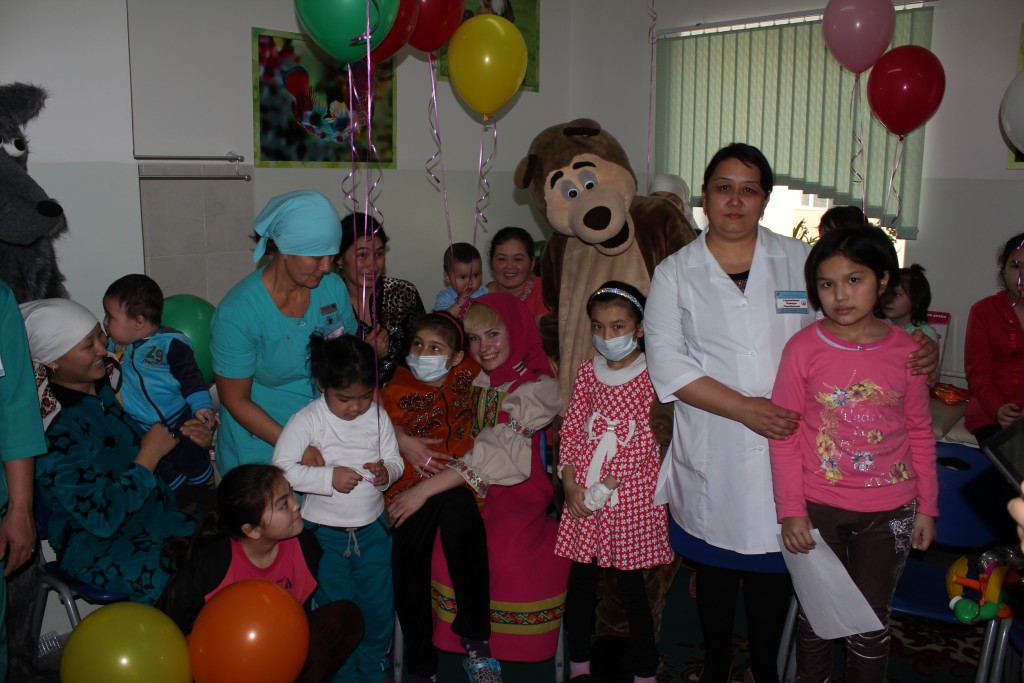 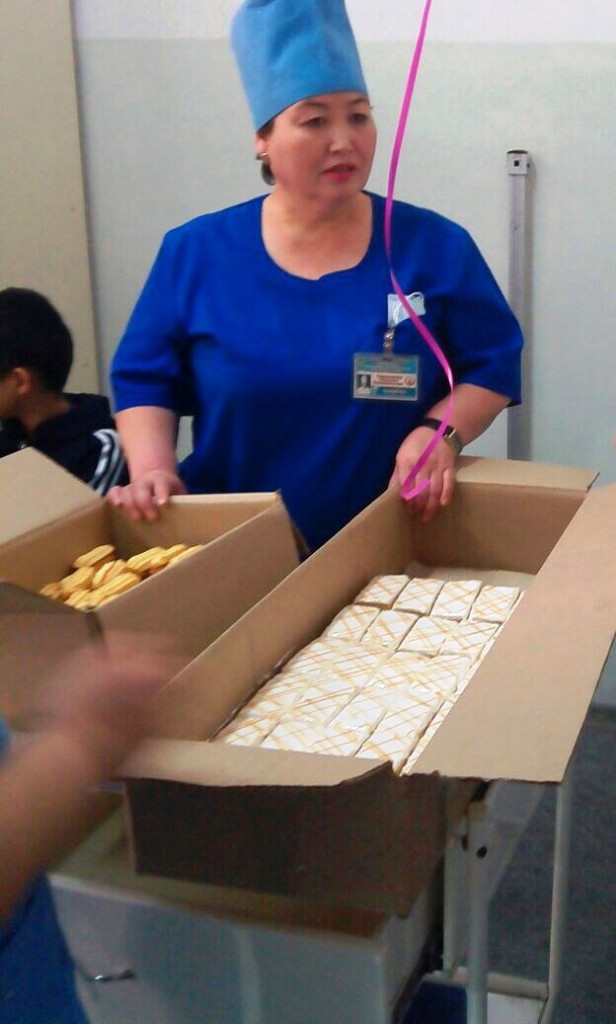 The advertising agency Bukvadyel gave a generous donation for the purchase of toys for the kids.

The local branch of the toy shop Marwin gave a 15% discount on the toys purchased for kids with cancer. 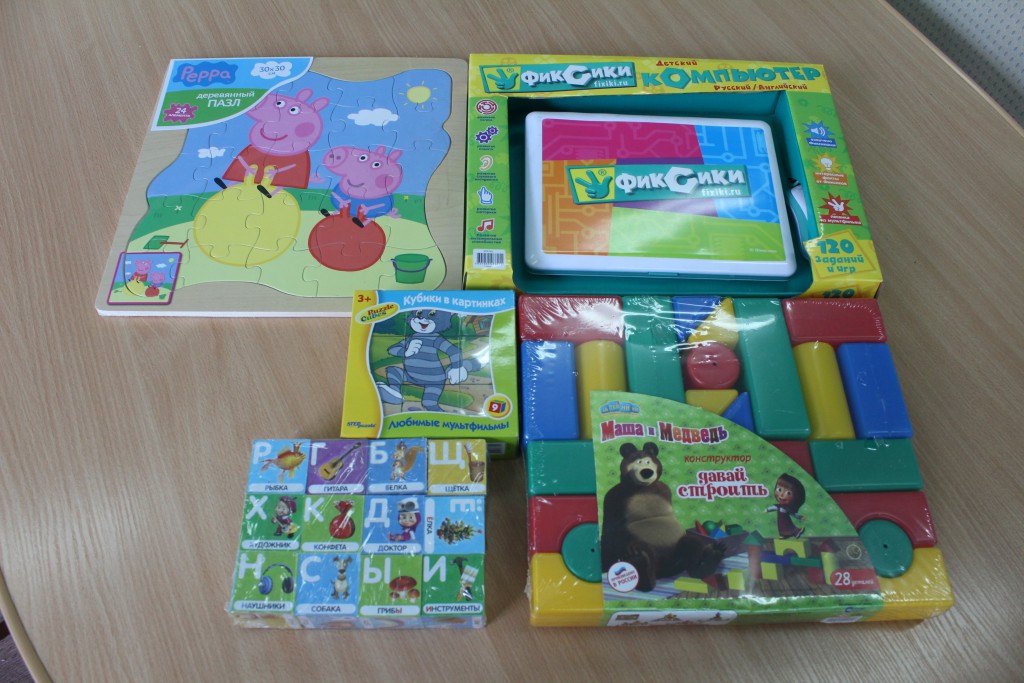 And the local non-profit organisation MISK (which stands for Young People’s Information Service of Kazakhstan) also lent a helping hand in organising the event.

We’re really grateful to all of these people who took part in this event for these kids. Together we gave each of them a wonderful smile, which is really important. Thank you to everyone for spreading the caring bug! 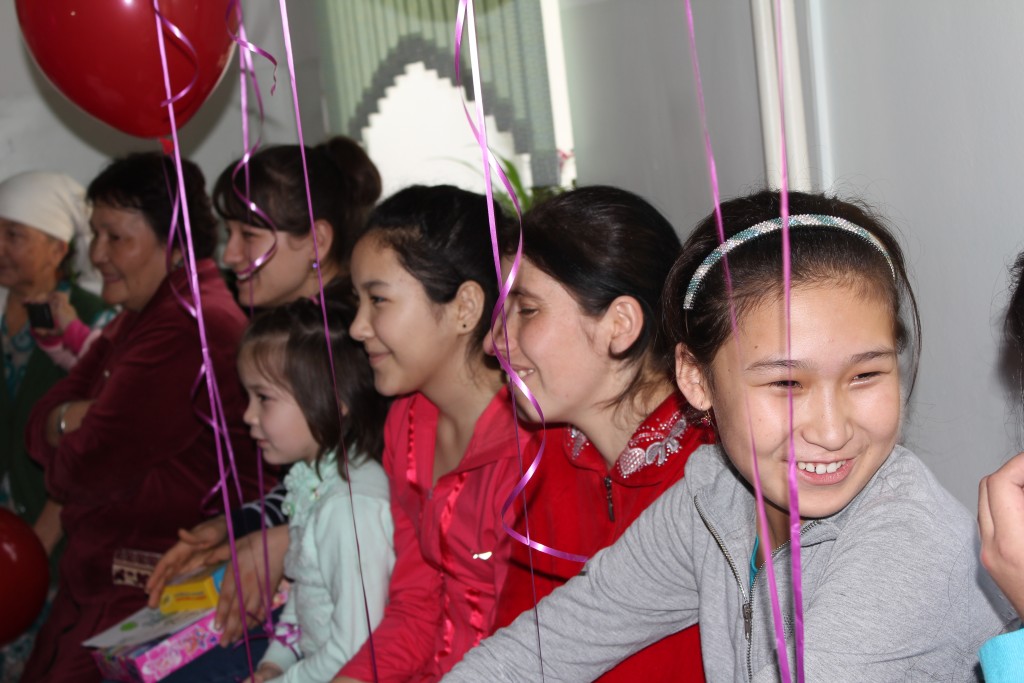 But that wasn’t all. One of the biggest problems for children here with leukemia (cancer of the blood) is the lack of donated blood. And so, in a similar ‘Let’s raise awareness and do something to help!’ kind of way, the Salem team decided to donate blood, not a common activity in this culture. Well done everyone!

Some of the team giving blood – “Donors to children”